After the Dust Settles

D. Michael Thomas' vision is to portray a quiet spot that these war horses found
"After the Dust Settles".

...Their riders fought relentlessly for their beliefs; however, the horses show no animosity, ﬁnding comfort in each other's company before they were rounded up and dealt with.


The Battles & Wars in the Plains & the Rockies

The battles and wars in the Plains and Rockies in the ten years that followed the Civil War set the stage for what was to be the climactic chapter in the conﬂict between the Indians and white man.

The defeat of Chief Joseph and the Nez Perce' a year later in the Summer / Fall of 1877 at the hands of Nelson Miles was to pave the way for breaking the back of all the Indians' resistance in the West.

After Joseph, the only major holdouts were Geronimo and the Apaches in Arizona.

The Apache wars were the principal area of conﬂict during 1880's, a time when most of the West had been paciﬁed. War in the Southwest generally came to an end, when Geronimo surrendered to General George Crook in 1889.


The period of the Indian Wars that gripped the North American continent almost since the ﬁrst white man set foot on it ﬁnally ended in 1890 at the Battle of Wounded knee.

In this scene, the cavalry horse carries basically 1874 tack, so this could have been a scene behind the scene from the period of 1874 to 1877. When sculpting the Indian pony, the artist "used his license", so to speak. To help balance the composition Thomas used their unique style of saddle; however, it was seldom used in battle as it impeded the expert horseman. The war shield would have been on the warrior not draped over the saddle.

The artist thought it was important to show the difference between both warriors' tack and symbolism.

One interesting aspect, Thomas points out, is the use and almost non-use of the horses' head gear. The Calvary horse dons heavy leather halter and bridle with long s-shaped shanks, while the Indian pony was maneuvered with a simple "war bridle" as they controlled their horses mainly with leg pressure.

A whole chapter could be written about visions and war shields; in this limited allotment, it can be said they were very sacred and individualistic as were the painted signs on the Indian pony. The long lines on the hindquarters are lightning marks with intent to speed them into battle and terrify their foe. The circles around the eyes were to improve the horses vision in hunting and warfare. The hoof tracks on the right shoulder marks successful horse raids. The hand print on the left front reveals that he killed his adversary by hand to hand combat. The horizontal lines of the front legs are coup marks which were the highest tribal honor.


After the Dust Settles - Photos 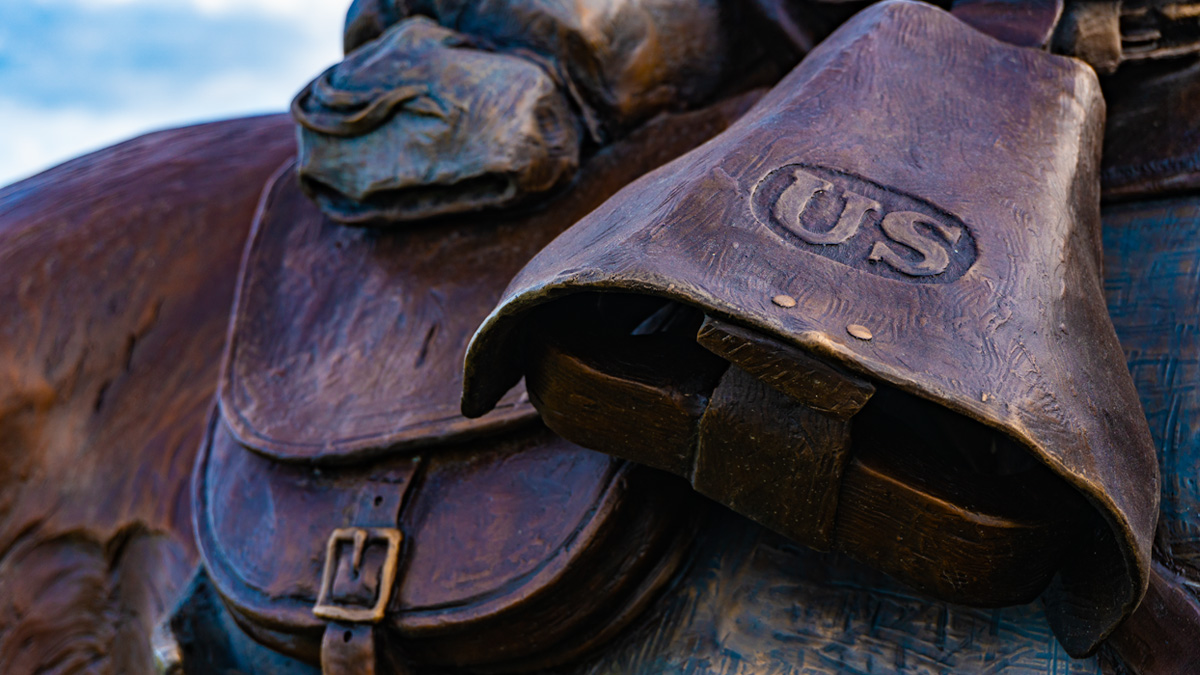 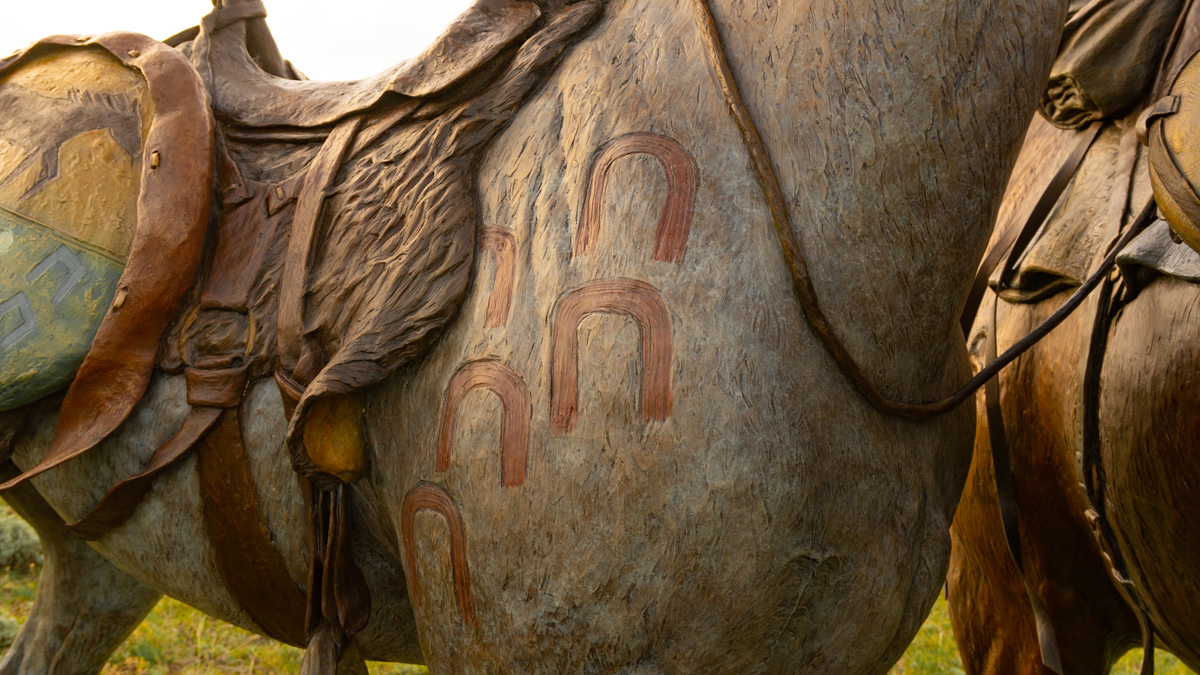 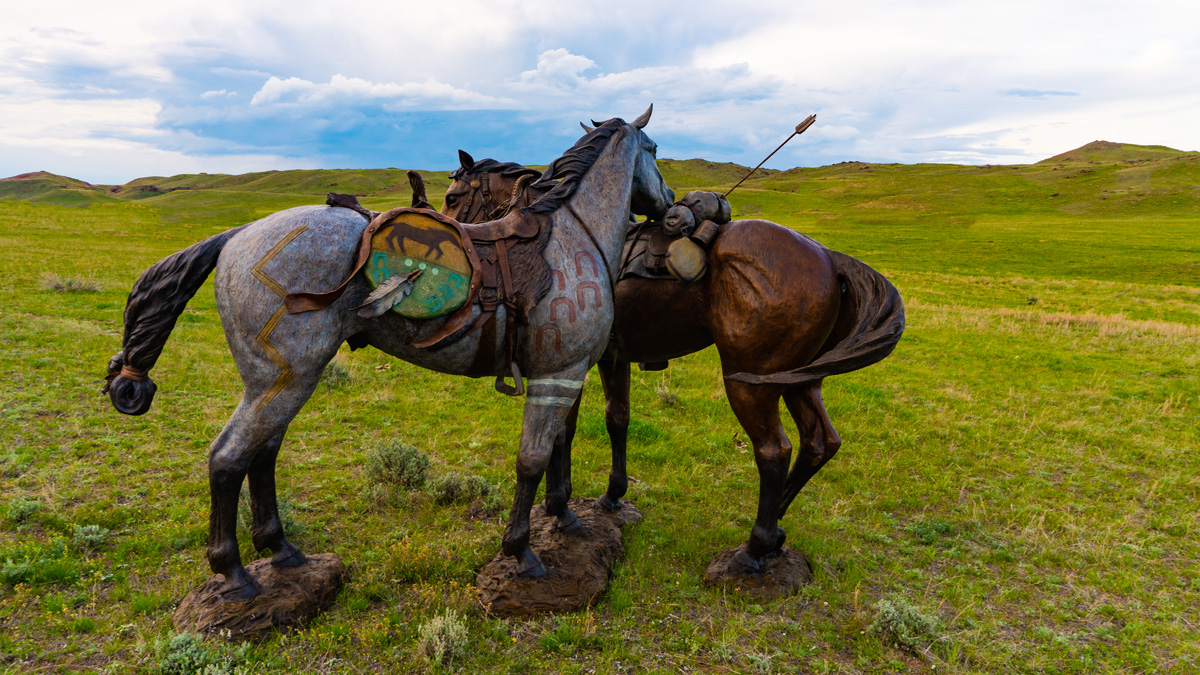 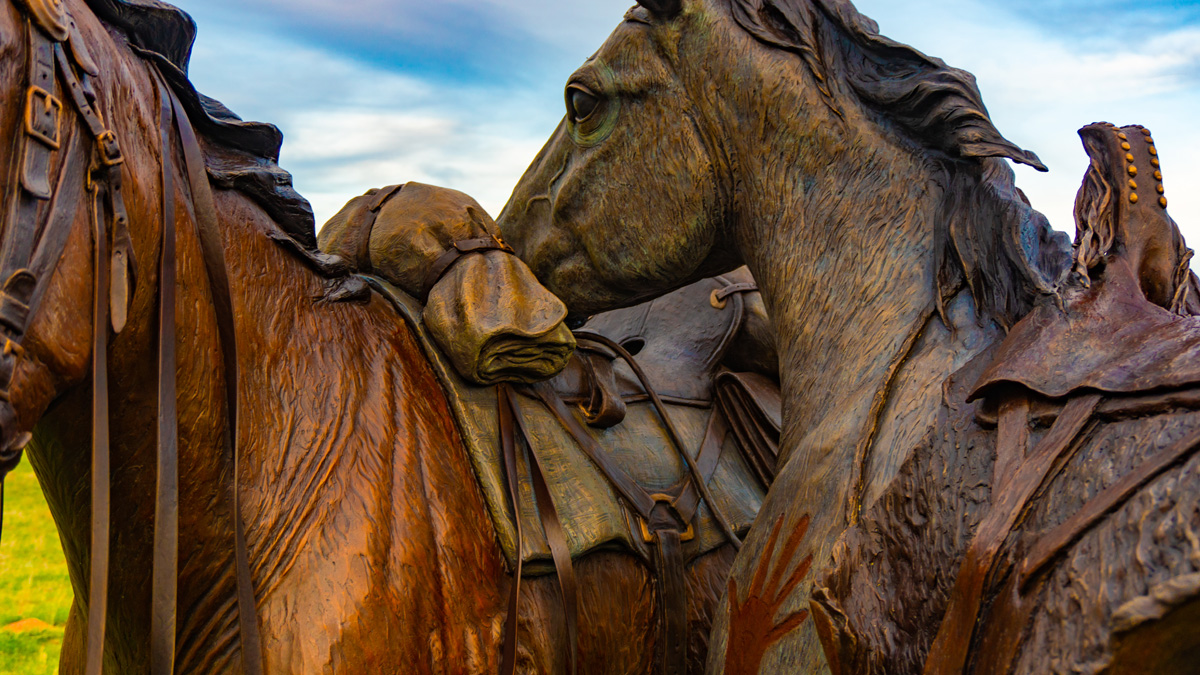 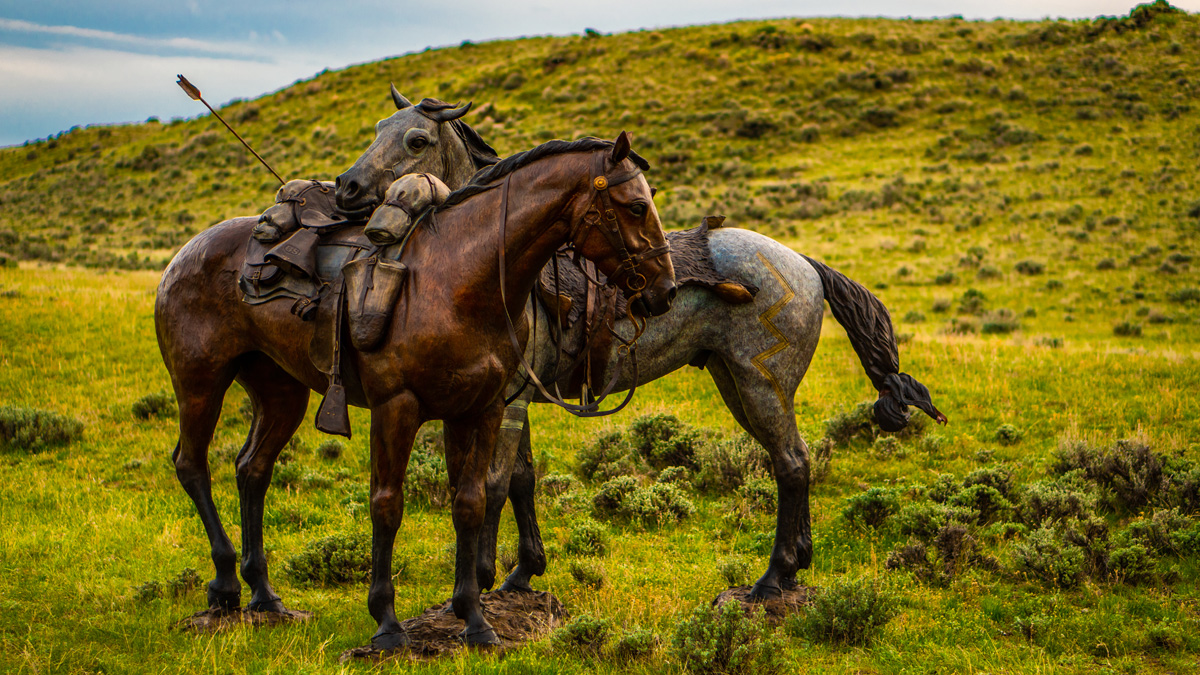 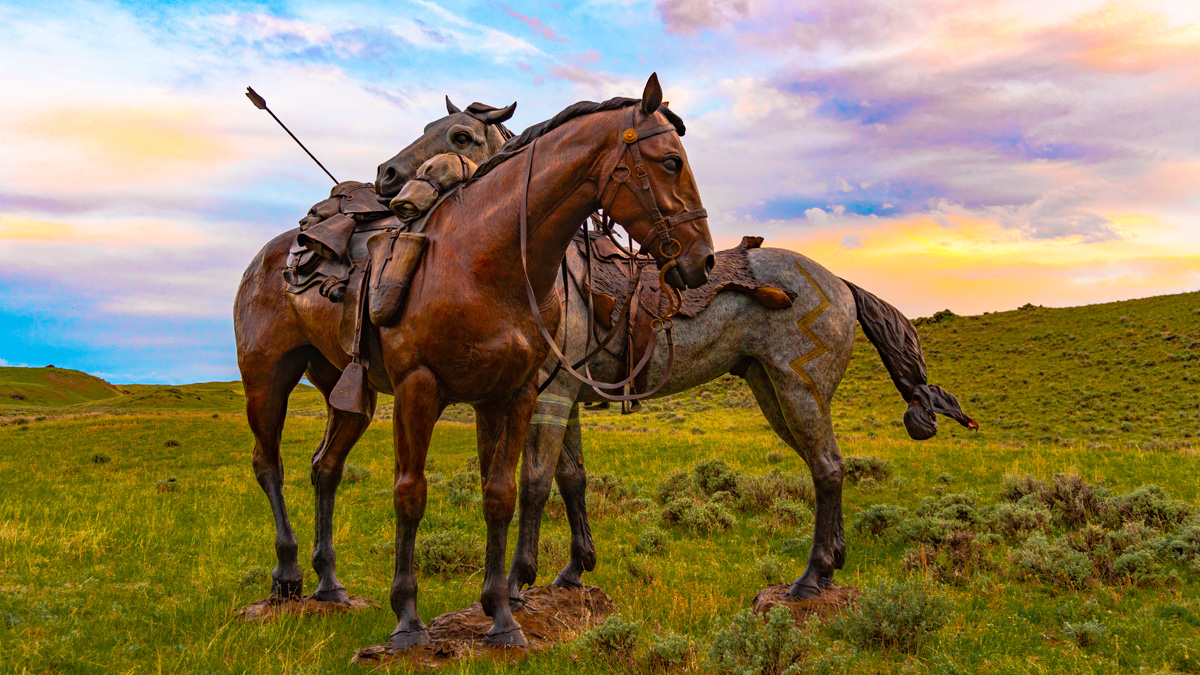 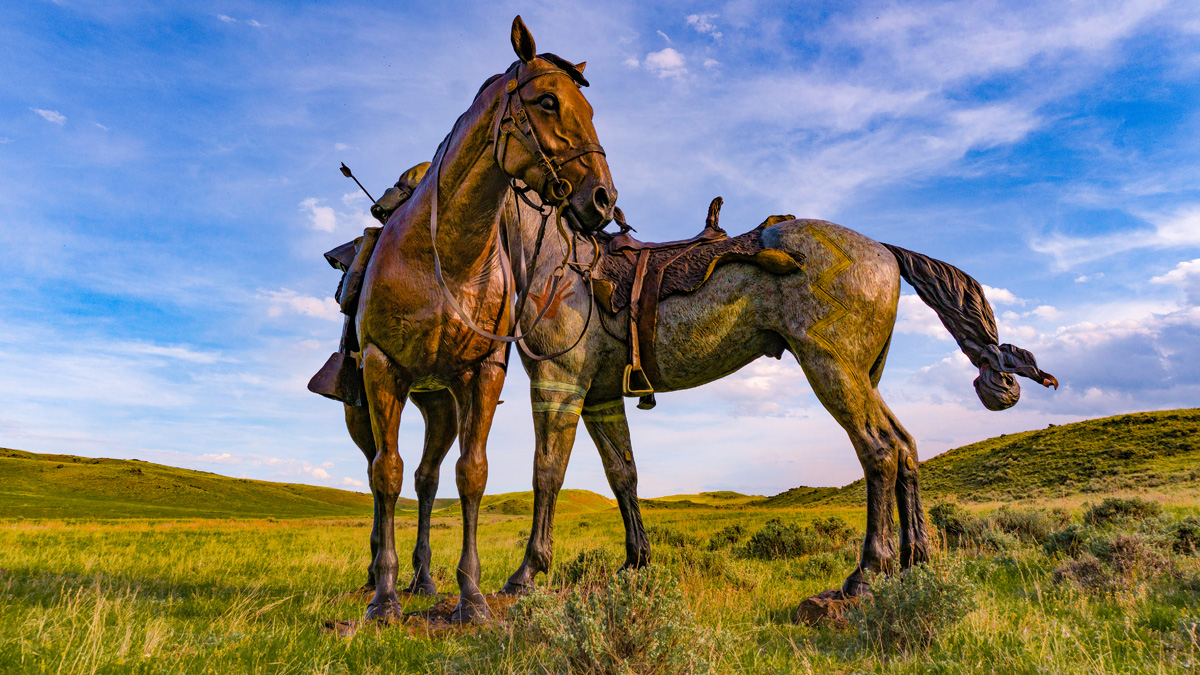 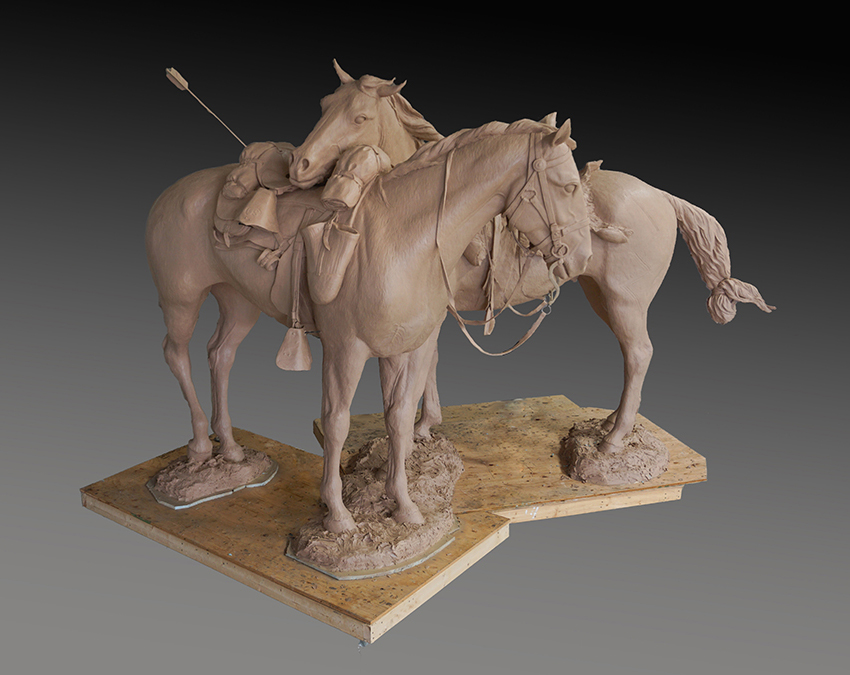 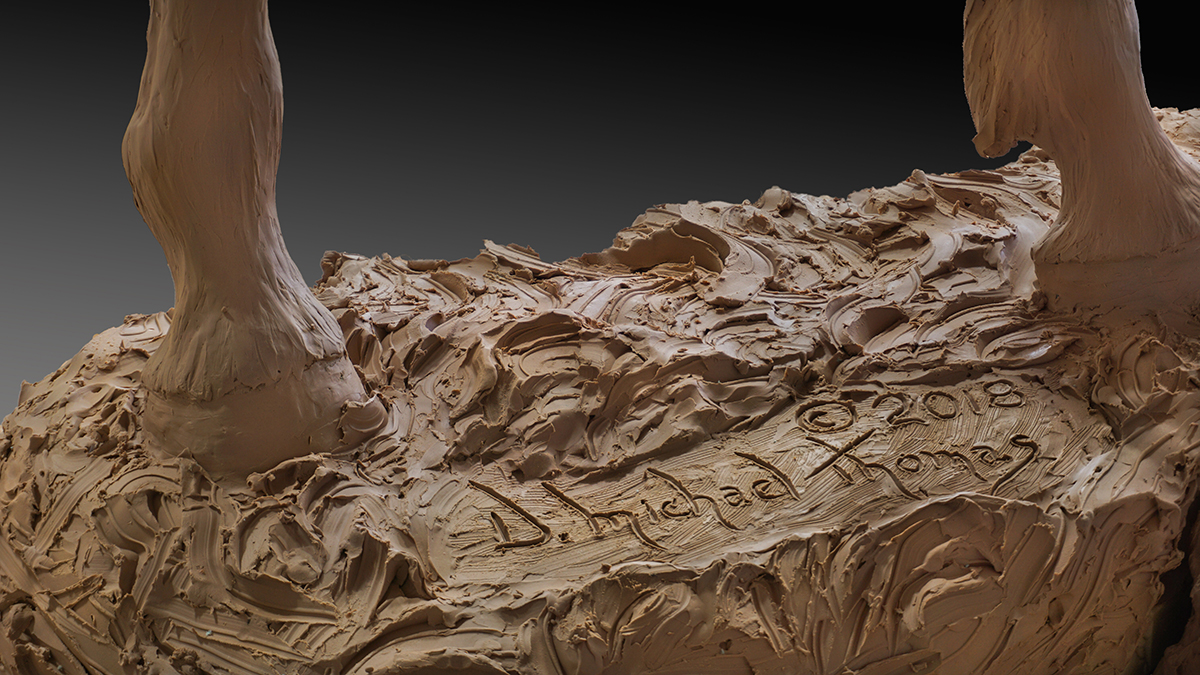 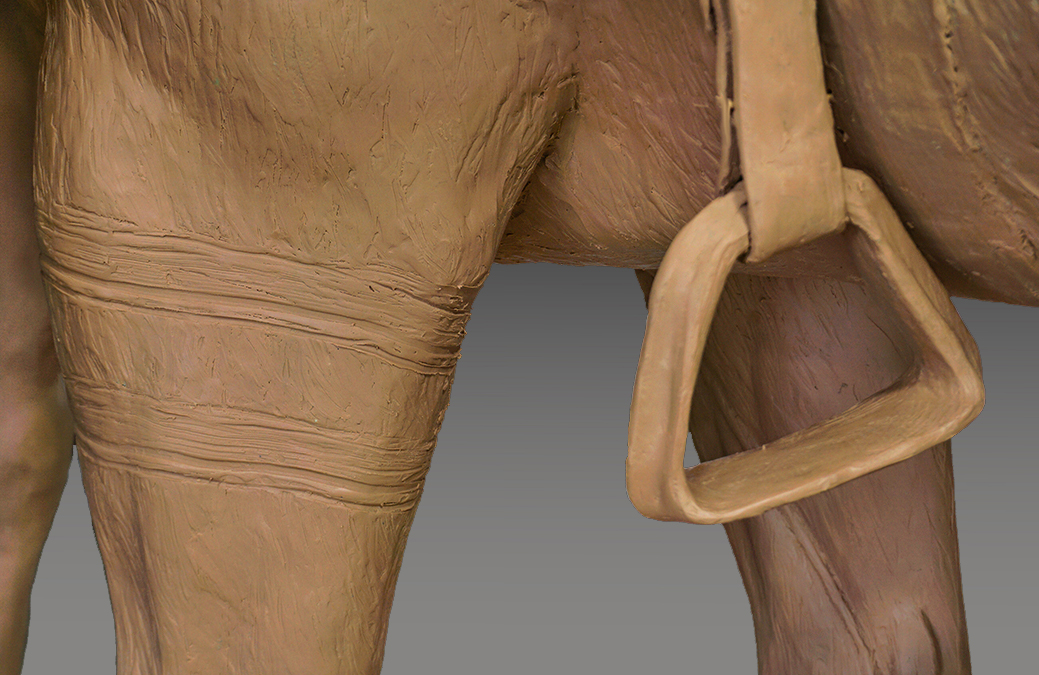 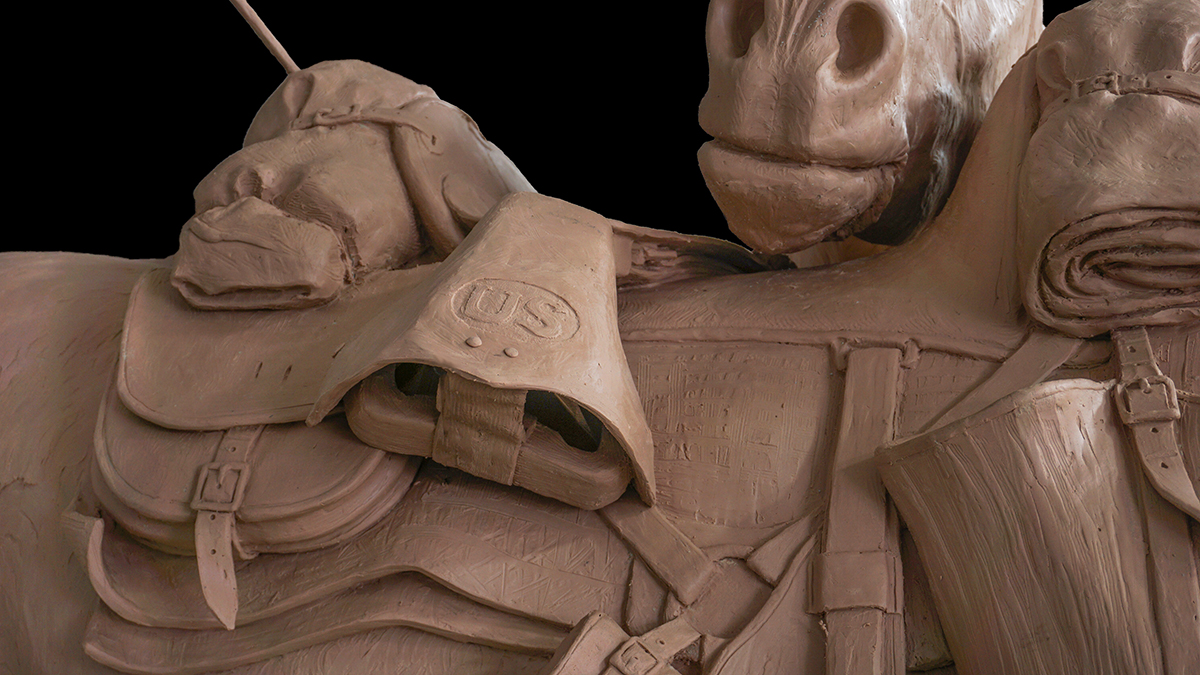 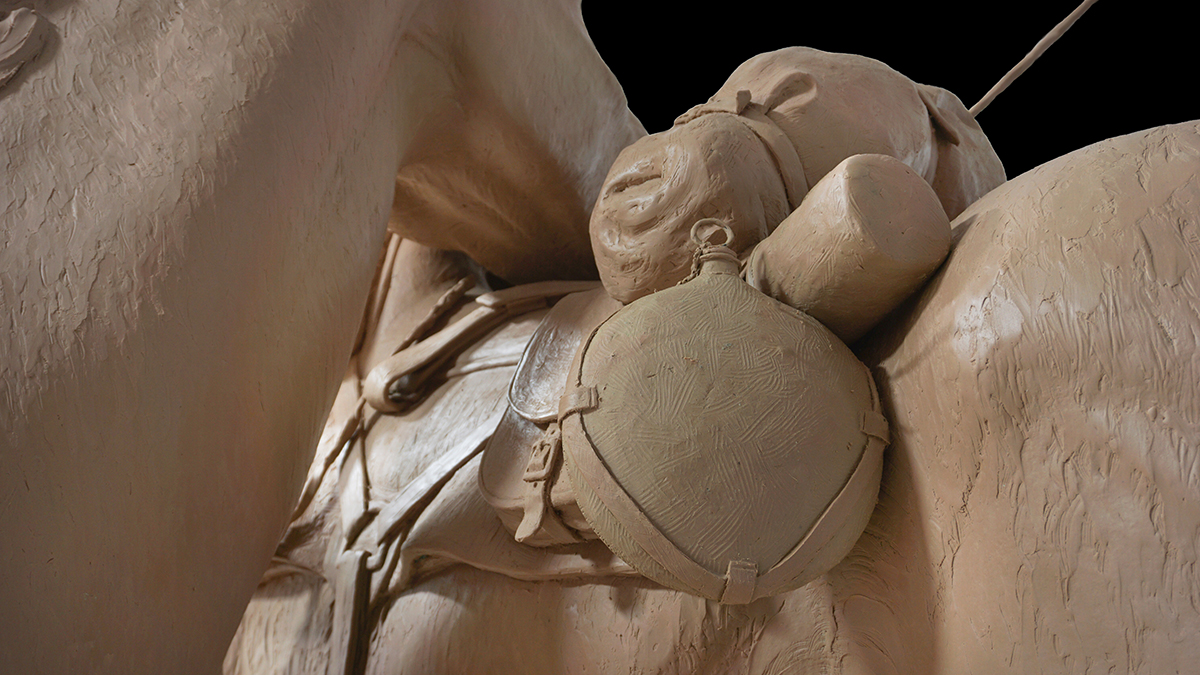 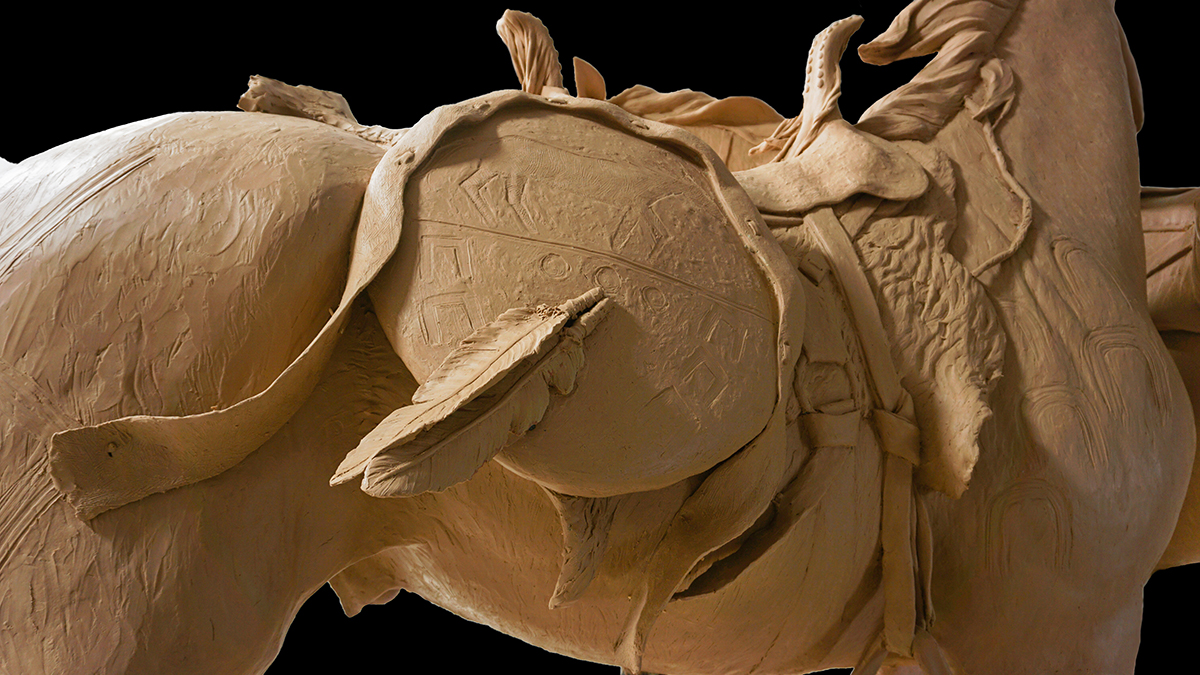 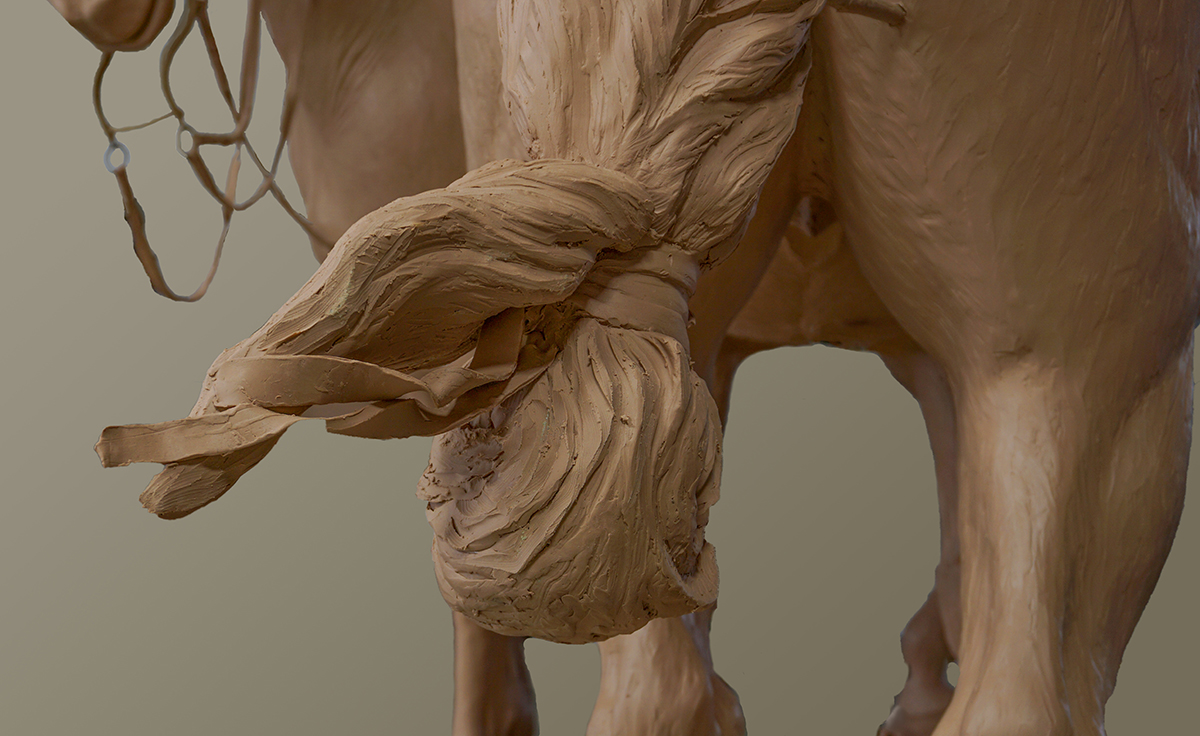 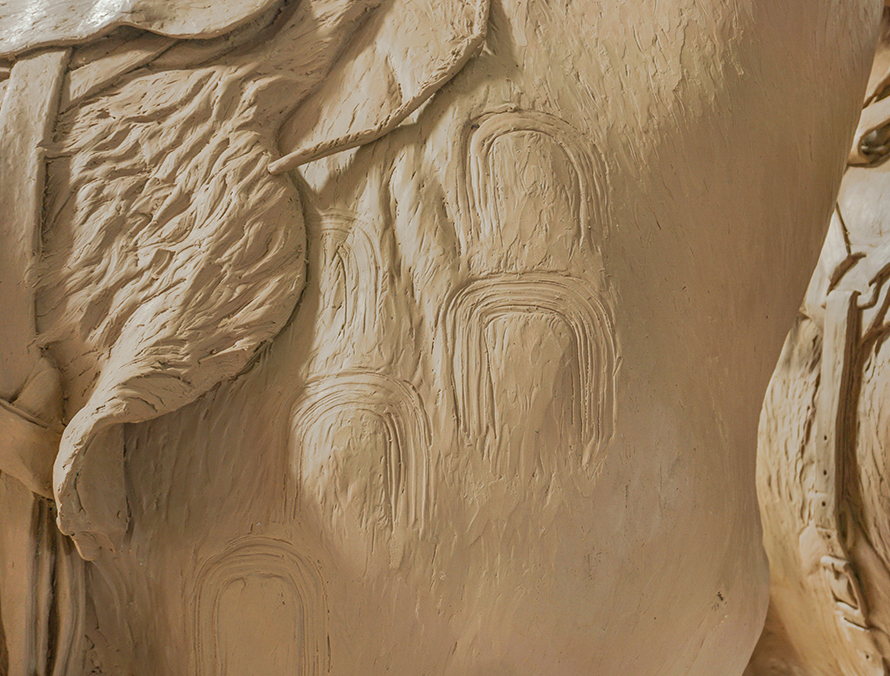 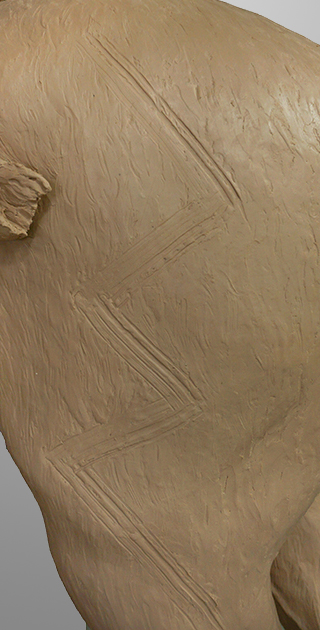